The Greens Climate Emergency Backfires in the Senate

We are in a Climate Emergency, No more Coal Mines LOL

That the Senate agrees that, given we are in a climate emergency, no new thermal coal mines should be opened. 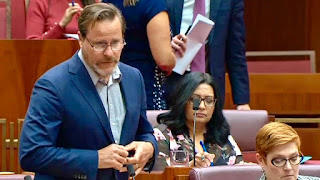 Senator ROBERTS (Queensland): I seek leave to make a short statement.
The PRESIDENT: Leave is granted for one minute. 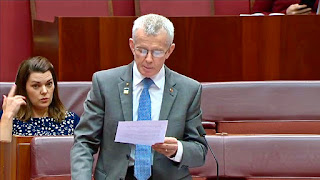 Senator ROBERTS: One Nation opposes this motion. According to the 5 November 1982 edition of the journal Science, termites alone emits 10 times more carbon dioxide than all the factories and automobiles in the world. When will we see the socialist Greens motion condemning termites? Considering that China produces over 27 per cent of the world’s carbon dioxide output and is currently planning to build hundreds of new coal-fired power stations, when can we expect to see Senator Whish-Wilson and the socialist Greens putting forward daily motions condemning the Chinese Communist Party? Not only does China produce over a quarter of the world’s human carbon outside output; their commitment to the so-called Paris agreement allows them to continue to increase their carbon dioxide output until 2030 and only then slow the increase—not stop the increase in output or decrease output but slow the increase—coinciding with the end of their building phase. That is business as usual as 1.4 billion people seek to continue to make progress from hydrocarbon fuels. 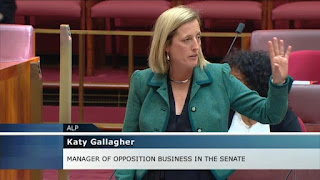 Senator GALLAGHER: Labor will not be supporting this motion. I am again going to call out the Greens for continuing to bring motions into this place that seek to divide those in this chamber who want to see genuine action on climate change and work together to deliver it. This is another variation of the many motions you bring into this chamber every week for the sole purpose of dividing the progressive vote, showing that you are ‘holier than thou’ and making sure we are in a position where we are forced to vote against it. We put our hand out to you and say: why don’t we, for a change, work together on issues of climate change and try to get things through this parliament that will make a difference?

The PRESIDENT: The question is that motion No. 204 be agreed to.
Hide Division Data
Division: NOES 39 (32 majority) AYES 7 PAIRS 0 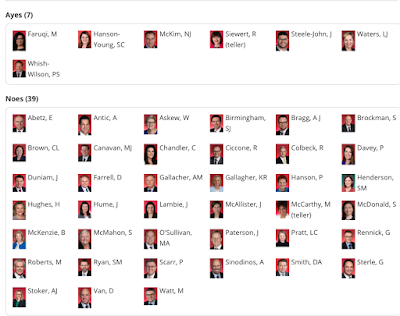 Senator Hanson: The fact that the Social Security (Administration) Amendment (Continuation of Cashless Welfare) Bill 2020 is going to struggle to be supported is...
Read more
Senate

Hanson’ The JobMaker scheme has not been properly thought through

Pompeo, Censorship, wokeness, political correctness, it all points in one direction authoritarianism. (Truth will ultimately prevail)

Buy CryptoCurrency safely from an Australian Trader. All the features you need are just one click away.

© Copyright - Blow the Truth 2021 our Newspaper Theme by tagDiv